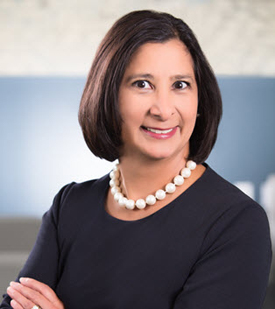 Diane attended Boston University where she graduated from the School of Management (now, Questrom School of Business), earning a Bachelor of Science in Business Administration (BSBA) in Accounting. She was also an active member and officer of the Eta Chapter of Alpha Phi Sorority.

Diane attended the Catholic University of America Columbus School of Law in Washington, DC. While attending law school, she served as the Law Clerk to the Register of Wills for Montgomery County, Maryland.

Diane is licensed to practice law in Maryland and the District of Columbia. She earned an AV Preeminent rating from Martindale Hubbell and was named among the top twenty-two estate planning attorneys in the area by Bethesda Magazine. Diane has also been named to the Maryland and District of Columbia SuperLawyers in Estate Planning and Probate for 2019.

Diane is a member of the United States Supreme Court Bar Association, the United States District Court for the District of Maryland, the Maryland State Bar Association-Estates and Trusts and Taxation Sections, The District of Columbia Bar, the American Bar Association-Real Property, Trust and Estate Law Section and Taxation Section and the Montgomery County Bar Association-Estates and Trusts Section. She is also a Fellow of the Maryland State Bar Association. She has been an active member of the Washington, DC Estate Planning Council since 2000. From 2010 to 2011, Diane served as President of the Washington, DC Estate Planning Council. Prior to that, she served on the Council’s Board of Directors from 2005-2012 and on various committees within the Council including as Chair of the Membership Committee. Diane is a member of the Montgomery County Estate Planning Council and is serving as the Co-Chair of the Membership Committee and as a member of its Board of Directors.

Diane volunteers her time with several area charitable organizations. She currently serves as an Officer and a member of the Board of Directors of Montgomery Hospice and as a member of its Major Gifts Committee. She also serves as a member on the Professional Advisors Committee of the Greater Washington Community Foundation.

Diane and her husband reside in Montgomery County, Maryland. 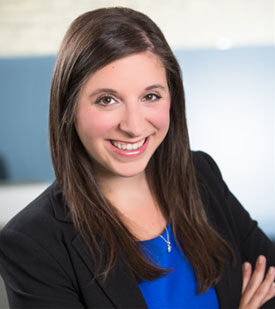 Susan was born in Manhattan, New York and was raised in Longview, Texas after her family moved there.

Susan received her undergraduate degree (B.A.) from the University of Maryland, College Park, where she double majored in Criminology & Criminal Justice and Communication. Susan was an active member of her sorority, Sigma Delta Tau, served as a campus tour guide for prospective students and their families and was a member of both National Honor Societies for her undergraduate majors.

Susan is licensed to practice law in Maryland. She was selected to the Maryland Super Lawyers Rising Stars List for 2019. Susan is active in the local estate planning community. She assisted with the presentation of the “Top Ten Pitfalls in Estate Planning” at the Georgetown University Reunion Weekend, June 2018, in Washington, D.C and is a member of the Maryland State Bar Association-Estates and Trusts section and the Young Lawyers section, the American Bar Association-Real Property, Trust and Estate Law Division and the Young Lawyers Division and the Montgomery County Bar Association-Estates and Trusts section. Susan also serves as a member of the Young Professional Advisory Committee of the Greater Washington Community Foundation.

Susan currently resides with her husband in Montgomery County, Maryland.

Samantha was born and raised in Washington, D.C. She graduated from the Holton-Arms School in Bethesda, Maryland. Samantha attended the College of Charleston where she graduated with a degree in Communication Studies. During her time in Charleston, she was an active member of her sorority, Tri-Delta.

After graduation, Samantha returned home and began her legal career as a paralegal at a prominent Washington D.C. litigation law firm. She attended the American University’s Washington College of Law and graduated in 2014. Throughout her law school career, Samantha was an active member of the trial advocacy program and Criminal Law Brief, and she interned with the Montgomery County State’s Attorney’s Office.

Samantha previously worked as an associate at a law firm in Rockville, Maryland, where she focused her practice on domestic and criminal litigation matters. Samantha is licensed to practice law in Maryland and in the District of Columbia. She is a member of the Maryland State Bar Association, District of Columbia Bar, and the Bar Association of Montgomery County, Maryland. Samantha presently focuses her practice on probate administration, estate planning and fiduciary litigation. 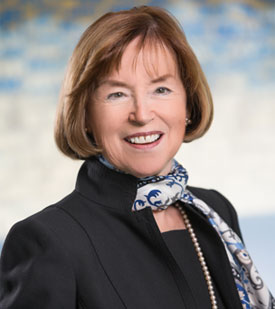 Carole has practiced estate and trust planning and administration in Maryland and the District of Columbia for over thirty years. Born and reared in Norfolk, Virginia, Carole received a Bachelor of Arts degree in history from the College of William and Mary. At William & Mary she was tapped for membership in Mortar Board, a senior women’s academic/leadership honorary society. Carole was also a member of Pi Beta Phi sorority and has retained close ties to William and Mary, serving on her class reunion committee.

Carole earned her law degree from Georgetown University Law Center where she served as the staff editor of the American Criminal Law Review. At Georgetown, she focused her studies on tax and estate/trust law due to a deep personal connection with the subject. Carole’s father died when she and her four siblings were very young. As a result, Carole “lived an estate plan” that her father established under his will. She experienced first-hand the positive and negative aspects of her father’s and his attorney’s choices. That personal experience inspires and informs her work and engenders her strong commitment to plan appropriately for clients, especially those concerned for the long-term welfare of spouses, children and other family members.

Carole’s long commitment to community service and civic engagement includes pro bono legal work as well as serving in numerous elected roles in the PTAs at Luxmanor Elementary School, Tilden Middle School and Walter Johnson High School. She has also served as a religious education teacher for children and adults since 1983.

Carole and her husband Douglas live in Rockville. They have three sons. 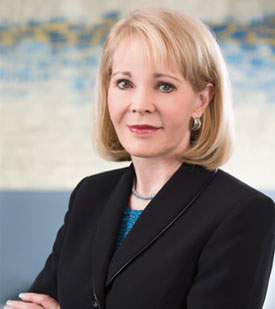 
Susan Sheehan Oldham has focused exclusively on personalized estate and trust planning and administration for over twenty-five years. Susan has been featured in both Washingtonian Magazine and Bethesda Magazine as one of the area’s foremost estate planning attorneys, has lectured for bar association and numerous professional groups, and has appeared on local television to discuss estate planning topics. Having received the highest AV Preeminent Martindale-Hubble rating, she has been listed in the Bar Registry of Preeminent Women Lawyers since its inception in 2011.

As a law school student, Susan was a founding member of Women in Law of Georgetown, co-chaired the organization, and as an alumna, was instrumental in establishing the organization’s endowed scholarship fund. She has enjoyed continuing involvement with the Law Center, serving as a member of the National Law Alumni Board, receiving the Outstanding Alumna Award, and presenting estate planning lectures at the university, the law school, and the medical school reunions.

Admitted to the bar in Maryland and in the District of Columbia, Susan is an active member of the Estate and Trust Sections and the Taxation Sections, as well as the Women’s Bar Associations, of both jurisdictions. While serving on the Executive Board of the Montgomery County Women’s Bar Association, she initiated and chaired Leaders and Legends, a multi-faceted program to document the association’s history and honor its founders and leaders.

She and her husband, Roger J. Oldham, M.D., reside in Potomac, Maryland. They have a daughter and two sons.